Who Moved My Cheese?: An A-Mazing Way to Deal with Change in Your Work and in Your Life

THE #1 INTERNATIONAL BESTSELLER WITH OVER 28 MILLION COPIES IN PRINT!

A timeless business classic, Who Moved My Cheese? uses a simple parable to reveal profound truths about dealing with change so that you can enjoy less stress and more success in your work and in your life.

It would be all so easy if you had a map to the Maze.
If the same old routines worked.
If they’d just stop moving “The Cheese.”
But things keep changing…

Most people are fearful of change, both personal and professional, because they don’t have any control over how or when it happens to them. Since change happens either to the individual or by the individual, Dr. Spencer Johnson, the co-author of the multimillion bestseller The One Minute Manager, uses a deceptively simple story to show that when it comes to living in a rapidly changing world, what matters most is your attitude.

Exploring a simple way to take the fear and anxiety out of managing the future, Who Moved My Cheese? can help you discover how to anticipate, acknowledge, and accept change in order to have a positive impact on your job, your relationships, and every aspect of your life.

“One of the most successful business books ever” * Daily Telegraph *
“Dr. Johnson has the rare ability to be interesting, provocative, and succinct. My admiration is complete.” * Dr. Norman Vincent Peale, author of The Power of Positive Thinking *
“It leaves you feeling upbeat, and excited, and ready to go out and find your own cheese.” * Better Business *
“A firm favourite with businessfolk” * Daily Mirror *
“highly influential” * Financial Times magazine *

Spencer Johnson, M.D., is one of the world’s most respected thinkers and beloved authors. His eleven international bestselling books include the #1 titles Who Moved My Cheese?® An A-Mazing Way to Deal with Change, the most widely read book on change, and The One Minute Manager®, the world’s most popular management method for over two decades, co-authored with Kenneth Blanchard. Dr. Johnson is often referred to as “the best there is at taking complex subjects and presenting simple solutions that work.” He received a B.A. degree in Psychology from the University of Southern California, an M.D. degree from the Royal College of Surgeons, and performed medical clerkships at the Mayo Clinic and the Harvard Medical School. He has served as Leadership Fellow at the Harvard Business School, and is currently an Advisor to the Center For Public Leadership at Harvard’s John F. Kennedy School of Government. His work has captured the attention of major media, including the Associated Press, the BBC, CNN, Fortune, the New York Times, the Today show, Time magazine, USA Today, and United Press International. More than forty-six million copies of Spencer Johnson’s books are in print worldwide in more than forty-seven languages. 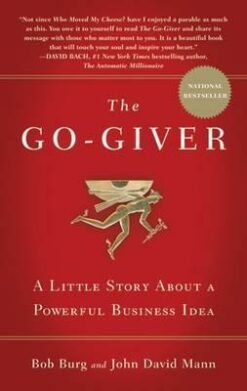