The Third Door: The Wild Quest to Uncover How the World’s Most Successful People Launched Their Careers

The larger-than-life journey of an 18-year-old college freshman who set out from his dorm room to track down Bill Gates, Lady Gaga, and dozens more of the world’s most successful people to uncover how they broke through and launched their careers.

The Third Door takes readers on an unprecedented adventure—from hacking Warren Buffett’s shareholders meeting to chasing Larry King through a grocery store to celebrating in a nightclub with Lady Gaga—as Alex Banayan travels from icon to icon, decoding their success. After remarkable one-on-one interviews with Bill Gates, Maya Angelou, Steve Wozniak, Jane Goodall, Larry King, Jessica Alba, Pitbull, Tim Ferriss, Quincy Jones, and many more, Alex discovered the one key they have in common: they all took the Third Door.

Life, business, success… it’s just like a nightclub. There are always three ways in. There’s the First Door: the main entrance, where ninety-nine percent of people wait in line, hoping to get in. The Second Door: the VIP entrance, where the billionaires and celebrities slip through. But what no one tells you is that there is always, always… the Third Door. It’s the entrance where you have to jump out of line, run down the alley, bang on the door a hundred times, climb over the dumpster, crack open the window, sneak through the kitchen—there’s always a way in. Whether it’s how Bill Gates sold his first piece of software or how Steven Spielberg became the youngest studio director in Hollywood history, they all took the Third Door.

“Exhilarating and empowering . . . If you care about your success, you have to read The Third Door.”
—TONY ROBBINS, entrepreneur, New York Times bestselling author, philanthropist, and the nation’s #1 life and business strategist
“From redefining success with Steve Wozniak to staring death in the eyes with Jessica Alba, this book is packed with adventure, drama, and remarkable lessons the whole way through. Whether you‘re an executive or a recent college graduate, you’ll find inspiration and wisdom in The Third Door.”
—ARIANNA HUFFINGTON, founder of The Huffington Post and New York Times bestselling author of Thrive


“The Third Door is at once a spirited coming-of-age story and a hard-headed examination of what it takes to succeed at the highest levels. Alex Banayan has cracked the code of the world’s most successful people and shown he will soon join their ranks.”
—DANIEL H. PINK, New York Times bestselling author of When, Drive, and A Whole New Mind


“An emotional roller coaster . . . I laughed. I cried. I was on the edge of my seat the whole time . . . Once every few decades a book comes along that defines a generation. The Third Door is it.”
—ELIANA MURILLO, head of multicultural marketing at Google


“A treasure chest of wisdom . . . knowledge that can be used by anyone, anywhere, who wants to take their journey further . . . Banayan has become one of the most equipped guides to help you climb higher mountains in your life.”
—SHAWN ACHOR, New York Times bestselling author of The Happiness Advantage and Big Potential


“Unlike any business book I’ve read. The Third Door is a thrill ride of hope, joy, ambition, and self-discovery. I cheered out loud, and at different points, tears trickled down my face . . . The Third Door motivated me turn up the volume in my life . . . A triumph.”
—MAYA WATSON BANKS, director of marketing at Netflix

The day before his freshman year final exams, Alex Banayan hacked The Price Is Right, won a sailboat, sold it, and used the prize money to fund his quest to learn from the world’s most successful people. Since then, Banayan has been named to Forbes’ “30 Under 30” list and Business Insider’s “Most Powerful People Under 30.” He has contributed to FastCompany, The Washington Post, Entrepreneur, and TechCrunch, and has been featured in major media including Fortune, Forbes, Businessweek, Bloomberg TV, Fox News, and CBS News. An acclaimed keynote speaker, Banayan has presented the Third Door framework to business conferences and corporate leadership teams around the world, garnering standing ovations from Apple, Nike, IBM, Dell, MTV, Harvard, and countless others. Awaken the Giant within: How to Take Immediate Control of Your Mental, Emotional, Physical and Financial Life The Power of Now : A Guide to Spiritual Enlightenment 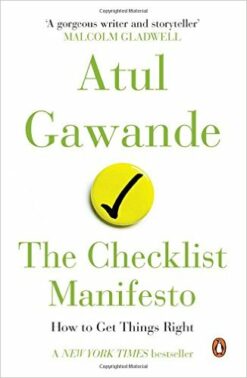 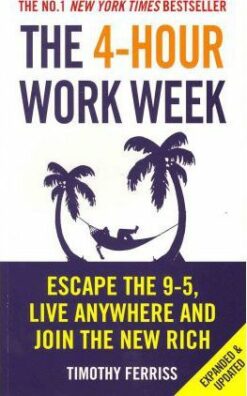