SHORTLISTED FOR THE 2020 FT & MCKINSEY BUSINESS BOOK OF THE YEAR

In this “sequel to The Social Network” (The New York Times), award-winning reporter Sarah Frier reveals the never-before-told story of how Instagram became the most culturally defining app of the decade.

In just ten years, Instagram has gone from being a simple photo app to a $100-billion company. The journey has involved ground-breaking innovations, a billion-dollar takeover, and clashes between some of the biggest names in tech. But it’s a story that has never been told – until now.

In No Filter, Bloomberg’s Sarah Frier reveals how Instagram became the hottest app in a generation, reshaping our culture and economy in the process. With astonishing access to all the key players – from Instagram’s co-founders to super-influencers like Kris Jenner – Frier offers behind-the-scenes glimpses of every moment in the company’s life: from its launch, to its unlikely acquisition by Facebook, to its founders’ dramatic disputes with their new boss, Mark Zuckerberg.

But this is not just a Silicon Valley story. No Filter explores how Instagram has reshaped global business, creating a new economy of ‘influencers’ and pioneering a business model that sells an aspirational lifestyle to all of us. And it delves into Instagram’s effects on popular culture, rewiring our understanding of celebrity and placing mounting pressure on all of us to perform online – to the point of warping our perception of reality.

The resulting book connects one company’s rise to a global revolution in technology, culture and business. Facebook’s decision to buy Instagram was the best investment it ever made. But we’re still learning about what it has cost the rest of us.

SKU: 9781847942531 Categories: Business Stories, Digital Marketing & Ecommerce, Entrepreneurship & Startups
Browse
“Happily—this is a book about Silicon Valley. It is a record of a single app moving through the place. And in making that record, in hewing closely to Instagram and its founders, Kevin Systrom and Mike Krieger, while giving new texture to the Valley’s major players, like Jack Dorsey and Mark Zuckerberg, Frier tells the story of how that place works….The book manages to be cleareyed and objective about the founders and their many flaws, without sensationalizing or oversimplifying—a hard balance to strike in tech coverage right now….we need a book like this to explain what it is I’m tapping on all day. I spend hours staring at the screen, and now I have a better sense of who’s staring back.”
—New York Times

“No Filter is a vibrant play-by-play of how Instagram reached that level of influence through the business of manufacturing coolness….Frier’s version of that story is rich with details, based on hundreds of interviews including sit-downs with the app’s co-founders Kevin Systrom and Mike Krieger. Armed with their perspective, Frier is able to draw a line between each decision the founders made and the cultural consequences….The irresistible drama of No Filter plays out between the founders and Facebook CEO Mark Zuckerberg.”
—NPR

“Deeply sourced….Frier delivers a compelling tale of jealousy…. The David-and-Goliath tussle is deftly interwoven by Frier with another tale: the transformation of Instagram itself, from the photo app known for its artsy filters to the creator of ‘creators.'”
—Financial Times

“No Filter might be the most enrapturing book about Silicon Valley drama since Nick Bilton’s Hatching Twitter, but this time, instead of cofounder infighting, the battle for Instagram’s soul has far more reaching consequences for society and its relationship with technology….Frier deftly streamlines from multiple interviews with some of the most high-profile executives, venture capitalists, and most-followed celebrities on Instagram.”
—Fortune

“Frier captures the power Instagram came to wield in society even among those who didn’t use it….The author deftly weaves Instagram’s cultural impact into what might otherwise be a cold-eyed business story, adding rich texture and context, and giving us non-billionaires something we can relate to. But the book’s narrative power—and it’s told in a narrative voice, relying on interviews with hundreds of employees and others close to the companies—rests in the human drama among the whiz kids navigating Silicon Valley’s tricky crosscurrents. The book is also leavened by entertaining details.”
—Washington Post

“In this illuminating first book by tech reporter Sarah Frier, [Instagram’s] founding, dizzying rise, and the impact it has on people around the world is unraveled in fascinating detail. Read this, and you might never post a photo the same way again.”
—Town & Country

“The story of the supercharged rise and inevitable distortion of one of the world’s most wide-ranging and influential social media platforms. An eminently readable cautionary tale about technology that once again questions what—or who—the product really is.”
—Kirkus Reviews

“Frier weaves a gripping narrative of the power of technology that all readers can appreciate….Frier keeps readers hooked into this world of high-stakes technology.”
—Library Journal

“Expertly chronicles the rise of Instagram….Frier’s work is based on lengthy interviews with the company’s two founders, current and former employees, and it brings fresh insight into some of Instagram’s most pivotal moments. From Twitter’s failed attempts at an acquisition to the race to build Stories in a bid to fend off Snapchat, it offers an inside perspective into how those decisions shaped the company.”
—Engadget

“One of my favorite books of recent months….it’s a meticulously reported, beautifully told story about one of the most successful apps ever created.”
—Casey Newton, The Verge

“No Filter offers an engaging account of how tech founders’ ideals inevitably have to be squared with making profits.”
—Wall Street Journal

“Sarah Frier, a technology correspondent at Bloomberg, uses close access to Instagram insiders to give a lively and revealing account of how the world came to see itself through Mr Systrom’s lens.”
—The Economist

“Successful startups in Silicon Valley are sometimes described as being akin to building a spaceship in mid-flight. With No Filter, the intrepid Sarah Frier takes you inside the spaceship that became Instagram. A deeply reported and beautifully written account of a company that has changed society, fame, culture, business, and communication—sometimes for the better and, as Frier so adeptly shows, also for the worse.”
—Nick Bilton, special correspondent for Vanity Fair and author of Hatching Twitter

“Sarah Frier’s No Filter is a riveting and wonderfully reported story of a company that is shaping our world. Her writing shines a spotlight on the cultural and economic power wielded by Instagram, but it also turns that spotlight back on us, igniting a conversation about the often unconscious role we play in increasing Instagram’s formidable, maybe even terrifying, reach.”
—Bethany McLean, coauthor of The Smartest Guys in the Room: The Amazing Rise and Scandalous Fall of Enron

“No Filter pairs phenomenal in-depth reporting with explosive storytelling that gets to the heart of how Instagram has shaped all of our lives, whether you use the app or not. It’s so much more than a business story; it’s a story about culture, fame, and, ultimately, human connection. Frier covers those whose lives have been most transformed by the app with incredible thoughtfulness and nuance, leading you to places you’d never expect. Her powerful reporting, paired with beautiful writing and a thoughtful perspective, make No Filter the most entertaining book I’ve read in years.”
—Taylor Lorenz, reporter for the New York Times

“With No Filter, Sarah Frier has delivered a brilliant exploration of the highs and lows of human nature. The book is part business drama—packed with tales of creativity, ambition and intrigue—and part an anthropologist’s examination of modern life. Frier’s vivid reporting and electric storytelling provide the definitive account of how Instagram turned into a cultural phenomenon and what the app’s success says about all of us.”
—Ashlee Vance, author of Elon Musk: Tesla, SpaceX, and the Quest for a Fantastic Future

“Where The Social Network told the dramatic story of Facebook’s early years through film, No Filter seeks to do the same for Instagram…The book will give you tons of insight into why Instagram has made the decisions that got it where it is today, and reassure you that no one really knows what they’re doing.”
—Grit Daily

“Frier offers a rare glimpse into how the company came to be a formidable force in the tech industry, and how it fought to preserve its identity later on.”
—Mashable

“A pacy, breathtaking read about one of the most influential companies of our time….what takes No Filter to the next level is the seamless mix of business and finance with culture and celebrities, stardom and ego….I suspect this will continue to be the definitive Instagram book for many years to come, and has something for everyone. Even outside of corporate politics and big money, the cultural anecdotes here are a delight.”
—Moneycontrol.com

Sarah Frier reports on social media companies for Bloomberg News out of San Francisco. Her award-winning features and breaking stories have earned her a reputation as an expert on how Facebook, Instagram, Snapchat, and Twitter make business decisions that affect their future and our society. Frier is a frequent contributor to Bloomberg Businessweek and Bloomberg Television. No Filter: The Inside Story of Instagram is her first book. 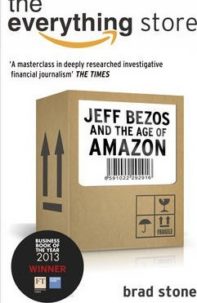 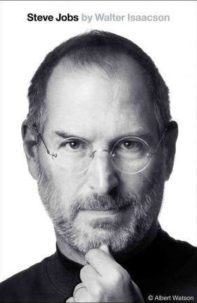 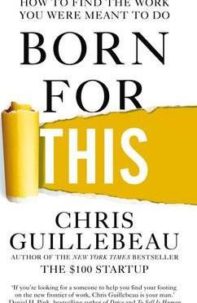 Born for This : How to Find the Work You Were Meant to Do 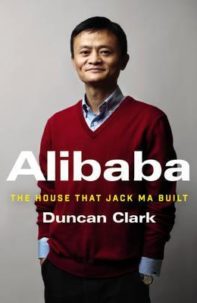 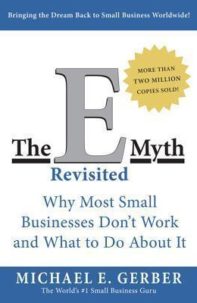 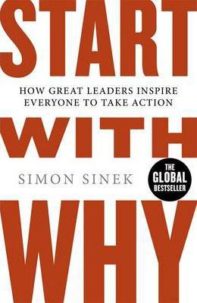 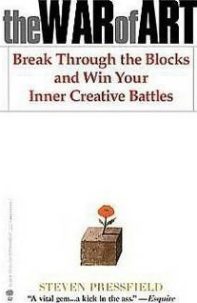