Autobiography of a Yogi

Born in Gorakhpur, Uttar Pradesh, on January the 5th, 1893, Sri Paramahansa Yogananda devoted his life to helping people of all races and creeds to realize and express more fully in their lives the beauty, nobility, and true divinity of the human spirit. After graduating from Calcutta University in 1915, Sri Yogananda was initiated into “sannyas” by his guru Sri Swami Sri Yukteswar Giri. Sri Yukteswar had foretold that his life’s mission was to spread throughout the world India’s ancient meditation technique of “Kriya Yoga”. Sri Yogananda accepted an invitation in 1920 to serve as India’s delegate to an International Congress of Religious Liberals in Boston, USA. Paramahansa Yoganda founded Yogoda Satsanga Society of India/Self-Realization Fellowship as the channel for the dissemination of his teachings. Through his writings and extensive lecture tours in India, America and Europe he introduced thousands of truth-seekers to the ancient science and philosophy of yoga and its universally applicable methods of meditation. Paramahansaji entered “mahasamadhi” on March the 7th, 1952 in Los Angeles. This autobiography offers a look at the ultimate mysteries of human existence and a portrait of one of the great spiritual figures of the 20th century.

SKU: 9780143442998 Categories: Biographies & Memoirs, Religion & Spirituality
Browse
“In the original edition, coming from the period of Yogananda’s life, one is more in contact with Yogananda himself. It is prior to his institutionalization that often follows many great personalities once they have passed on. While Yogananda founded centers and organizations, his concern was more with guiding individuals to direct communion with Divinity rather than with promoting any one church as opposed to another. This spirit is easier to grasp in the original edition of this great spiritual and yogic classic.” —David Frawley, Director, American Institute of Vedic Studies

Paramhansa Yogananda (often misspelled ‘Paramahansa’ Yogananda) was born on January 5, 1893 in Gorakhpur, India. He was the first yoga master of India to permanently live and teach in the West. Yogananda arrived in America in 1920, and traveled throughout the United States on what he called his ‘spiritual campaigns’. His enthusiastic audiences filled the largest halls in America. Hundreds of thousands came to see the yogi from India. At some packed venues thousands were turned away nightly. A national sensation, Yogananda’s lectures and books were extensively written about by the major media of the era, including Time Magazine, Newsweek, and Life. He was even invited to the White House by President Calvin Coolidge. Yogananda continued to lecture and write up to his passing in 1952. <P>Yogananda’s initial impact was truly impressive. But his lasting impact has been even greater. Yogananda’s “Autobiography of a Yogi”, first published in 1946, helped launch a spiritual revolution throughout the world. His message was nonsectarian and universal. Yogananda’s Guru, Swami Sri Yukteswar, sent him to the West with the admonition, “The West is high in material attainments, but lacking in spiritual understanding. It is God’s will that you play a role in teaching mankind the value of balancing the material with an inner, spiritual life.” <P>Yogananda brought clarity to hundreds of thousands of people regarding the ancient teachings of India – previously shrouded in the cultural assumptions and terminology of an era long past. These teachings include the path of Kriya Yoga, which Yogananda called the ‘jet-airplane’ route to God, consisting of ancient yoga techniques to hasten the spiritual evolution of the student. <P>”The true basis of religion is not belief, but intuitive experience. Intuition is the soul’s power of knowing God. To know what religion is really all about, one must know God,” said Paramhansa Yogananda in the book “The Essence of Self-Realization”. He further wrote that “Self- Realization is the knowing in all parts of body, mind, and soul that you are now in possession of the kingdom of God; that you do not have to pray that it come to you; that God’s omnipresence is your omnipresence; and that all that you need to do is improve your knowing.”
Product details 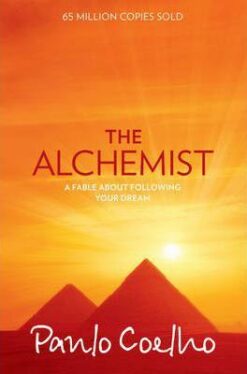 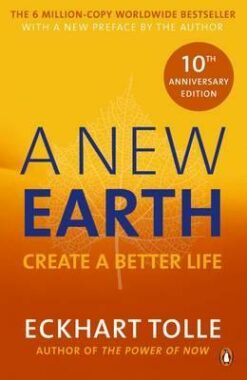 A New Earth : The LIFE-CHANGING follow up to The Power of Now

The Obstacle is the Way: The Ancient Art of Turning Adversity to Advantage 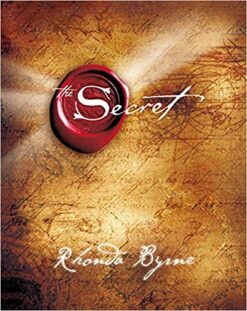 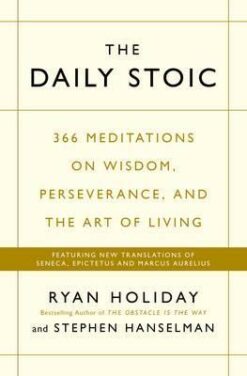 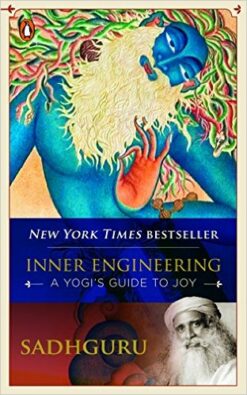